Choice: Does it really matter? 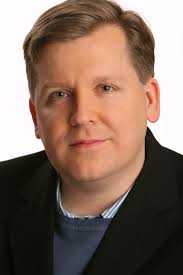 "If I hadn’t gotten lucky, I could certainly have ended up the manager at a Dollar Store – or maybe not even the manager, maybe the cashier...A lot of people I grew up with are in jail, died of drug overdoses, or committed suicide. They weren’t bad people, they weren’t troublemakers. They just didn’t have the breaks and the opportunities that I did.”
-The Boston Globe

Good People by David Lindsay-Abaire is a contemporary drama written in 2011. David Lindsay-Abaire, the “Southie” native who wrote Rabbit Hole, received the Pulitzer Prize for drama in 2007 and multiple Tony award nominations for his play. He grew up in South Boston, where his mother was a factory worker and his father worked for the Chelsea fruit market. He attended Boston public schools until junior high, at which time he received a scholarship to Milton Academy, a private institution with a tradition of producing student plays. Although Lindsay-Abaire characterizes his early works as “terrible, terrible,” he developed enough confidence to enroll as a theater major at Sarah Lawrence College. From there, he gained admission to a very selective play writing program at the Julliard School.

Margie Walsh, a lifelong resident of Southie, a blue collar Boston neighborhood, is fired for tardiness from her job as a cashier at a dollar store. A single mother, and knowing that she and her handicapped adult daughter Joyce, supposedly born premature before Margie's husband left her, "are only a single paycheck away from desperate straits", Margie goes to her old High School boyfriend Mike - now a doctor, but formerly from her neighborhood - looking for employment. After a verbal game of chicken, Margie shames Mike into inviting her (however reluctantly) to his birthday party in Chestnut Hill. Margie is looking forward to the party because she views it as a chance to meet potential employers. Her friends, Dottie and Jean, encourage her to tell Mike that her daughter Joyce was not born premature but is his, in hopes of getting support from Mike. When Mike calls to tell her that the party has been cancelled, Margie assumes that he is dis-inviting her because he's embarrassed to have her mix with his bourgeois doctor friends. She decides to go to the house anyway, with the intent of crashing the party.

At the beginning of Act II, Margie arrives at Mike's house only to discover that the party has, in fact, been cancelled. Mike's elegant young African American wife Kate at first mistakes Margie for a caterer coming to pick up left-over party paraphernalia. Once the misunderstanding is resolved, Kate invites Margie to stay and reminisce about Mike's past (though Mike is clearly less than enthusiastic at the prospect). A discussion begins, in which Mike tells Margie that her current financial problems are her own fault for not trying hard enough, and Margie tries to explain to Mike that he had lucky breaks that most people from Southie didn't. She talks about the time Mike was beating an African American boy and Mike's father intervened to prevent him from possibly killing the boy and ending up in prison. Then she goes further and tells him that he is Joyce's father, and that she never told the truth about the paternity because she wanted Mike to be able to "get out". Mike says that it wouldn't have made a difference if she'd told him, as he had been planning to leave her anyway. Kate, though she had been taking Margie's side, says to Margie that if Joyce was indeed Mike's, it was selfish of her to hide that fact and not do everything she could for her child. Mike and Kate bully Margie into saying that Joyce isn't Mike's, and she leaves, shamed (though not without implying that Mike is cheating on Kate).

Later, Margie's landlady receives an envelope marked as having Margie's rent inside - thinking it has been sent from Mike, Margie intends to return it to him. At bingo, though, it is revealed that the envelope is from Stevie, her former boss at the dollar store - upon learning this, Margie accepts the money as an indefinite "loan" and Stevie agrees to help her find a new job. In a final twist to the plot, one of Margie's friends asserts in front of her that "everybody knows" that Joyce is indeed Mike's baby. 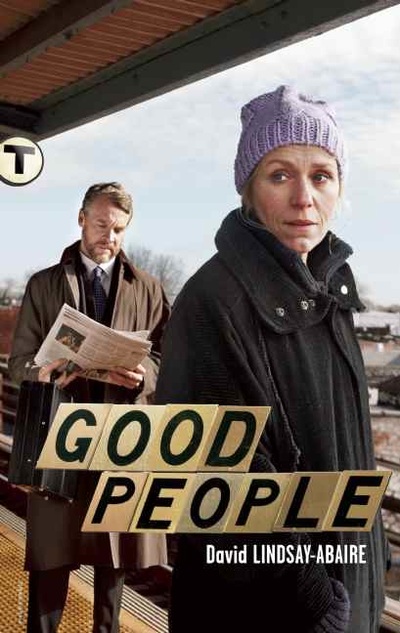 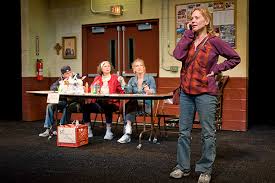 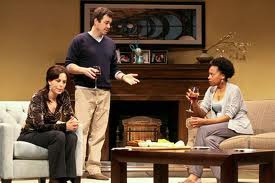 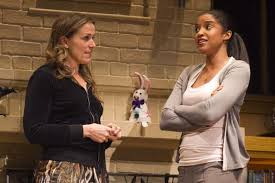 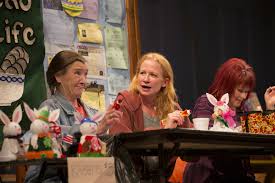 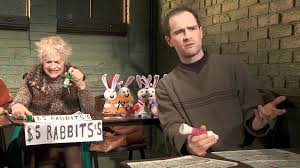